Will the coronavirus cause a credit crisis? And a difficult bonus day at Deutsche Bank 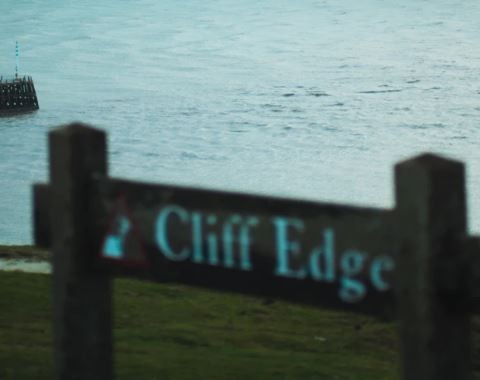 It’s been a volatile week so far – stock and bond markets have been falling with news of new cases and rising with hints of central bank support.  From the point of view of the investment banking industry, though, so far, it’s harder to measure the impact.  We’ve had a lot of conferences cancelled or “made virtual” (which might surprise everyone how little the revenue impact is; they’re something of a zero sum game rather than an activity that expands the overall trading revenue pool).  Asian advisory is going to have a lost quarter (but many of these deals will have been postponed rather than lost).  And the leveraged loan and high yield markets are more or less frozen.  That’s rather harder to brush off.

If you're a glass half empty sort of person, it's not inconceivable that the coronavirus might create a disaster scenario for the banking system. Say, for example, that banks fill up with private market debt that can’t be sold.  That would reduces their capability to underwrite new borrowing, while a large overhang of corporate bonds are at risk of being downgraded to junk status, overwhelming the capacity of high-yield investors.  Meanwhile there could be plenty of companies with serious cash flow issues – either they’re directly losing revenue, like airlines, or they’re having to deal with the breakdown of their supply chains.  If these companies can’t make payments and can’t raise finance, they’re going to default, which will weaken the banking system further.  If that gets too serious, we have another credit crunch, another market collapse and – while we probably avoid a second global financial crisis – the almost certainty of severe job losses in the banking industry.

Does it have to be like that, though?  Not necessarily.  A lot of the problems in the outlined scenario above come from trying to do too many things at once.  Although some of the coronavirus-impacted borrowers are marginal companies that will be tipped into inevitable bankruptcy, most of them are basically sound and will be able to pay their bills just fine once the pandemic passes over and their supply chains begin to unfreeze.  All that’s needed is a bit of calm and bridging finance to get the world system to the other side of the coronavirus outbreak, and then everyone can sit down and work out what the losses were, rather than making them worse by panicking.

It’s hard to see how a 50bp Federal Funds rate cut will help with that, other than through a very long and nebulous causal chain.  But, other central banks seem to be ahead of the Fed, unusually.  The ECB is working on a scheme to support bank lending to SMEs to bring them through the crisis.  The Bank of England’s next Governor, Andrew Bailey, even seems to be suggesting that the Bank could get directly involved in providing supply chain finance if nobody else is prepared to.  And this isn’t a crisis like 2008 where nobody understood what was going on or what was on anybody else’s balance sheet – it’s the consequence of a public health programme to make people stay indoors and slow down the spread of the disease so it doesn’t overwhelm the hospitals.  That means there’s a much clearer reason for the government to step in to mitigate the consequences.  There doesn’t have to be a crisis.

Elsewhere, Deutsche Bank bonus letters are going out, and according to Handelsblatt (or Reuters in English), the overall bonus pool is 20% down.  That would not necessarily be too bad versus expectations – earlier in the year, people were talking about a 30% cut.  However, the Handelsblatt story suggests that some staff have contractual stipulations linking their variable compensation to targets (this might be more common in the retail network than in the investment bank; there may also be some revenue share arrangements in wealth management).

Because of this, Deutsche will have to cut the unprotected part more deeply – it looks to us as if the investment bank bonuses could be down the full 30%.  It’s also suggested that individual bonuses could be down significantly more as the bank attempts to concentrate on employees it wants to retain; both stories suggest that Christian Sewing is concerned to maintain the momentum of the bank’s recovery and that “We must remain attractive for staff who are considering whether to join Deutsche Bank”.

Coronavirus is bringing out some interesting insights into people’s priorities; in an environment of cancelled flights and meetings, James Gorman of Morgan Stanley still regarded a trip to Riyadh to meet Crown Prince Muhammad as essential business travel. (Saudi Gazette)

The team splits and work-from-home arrangements are now going live across the industry and raising unanticipated technical problems – some people are left trying to make sure that the kids’ Netflix connection doesn’t snaffle all the bandwidth for their trading screen, while the ones left in the office are trying to work out how many traders you can fit on a desk if they have to be more than sneezing distance apart. (Bloomberg)

Tilting your face upward makes you look “incrementally” more masculine and dominant, one to remember for that important meeting. (PubMed)

There are always stages to every market panic – magazine covers, financial stories on the evening news, politicians talking about “sound fundamentals”.  But it’s not really a proper panic until Mark Spitznagel of Universa LLP has had a chance to do victory laps about how his market-neutral, short-vol strategy made a massive profit while everyone else was losing. (WSJ)

Chris Hite, head of Citi’s global healthcare investment banking group, has left to go to “an important client”, believed to be Royalty Pharma, a private equity firm which invests in drug royalties. (Bloomberg)

As well as having to deal with coronavirus, corporate access teams now have to worry about being disintermediated by their clients.  Big investors like Fidelity, Capital, T Rowe Price and the Norwegian sovereign fund have hired some rooms and coffee and invited dozens of companies to come along for management meetings.  Corporate access has always been a puzzle to onlookers – it looks very like a way for brokerages to get paid large sums of money for doing the job of a competent diary assistant.  Perhaps the penny’s dropped?  (WSJ)

Photo by Rhys Kentish on Unsplash